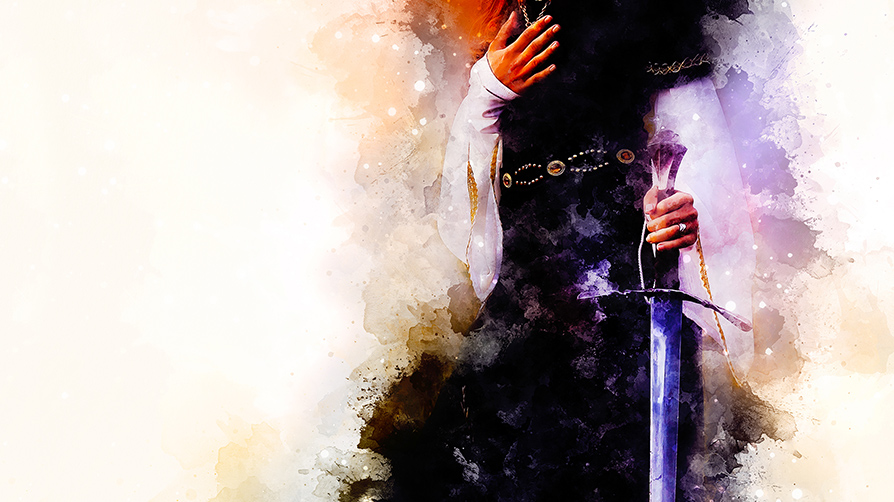 Matching Game: The Armor of the Believer

God provides spiritual armor that enables us to be victorious in spiritual warfare. Each piece protects a different part of the physical body as well as the spiritual body. This armor must be put on every day, ensuring it stays on and stays strong for battle.

How much do you know about your spiritual armor? Listen to Dr. Jeremiah’s message about spiritual warfare, and then test your knowledge below. 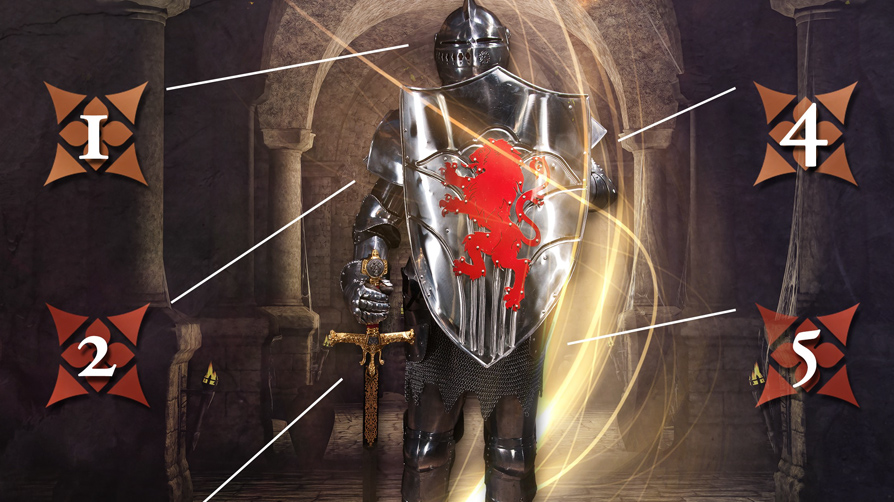 The Armor of the Believer Chart

As we live in view of eternity and wait for Christ’s return, we are called to live as soldiers on earth, equipped by God to withstand Satan. The chart below describes the spiritual armor God has provided for victory every day, as we wait for His ultimate victory in the world. 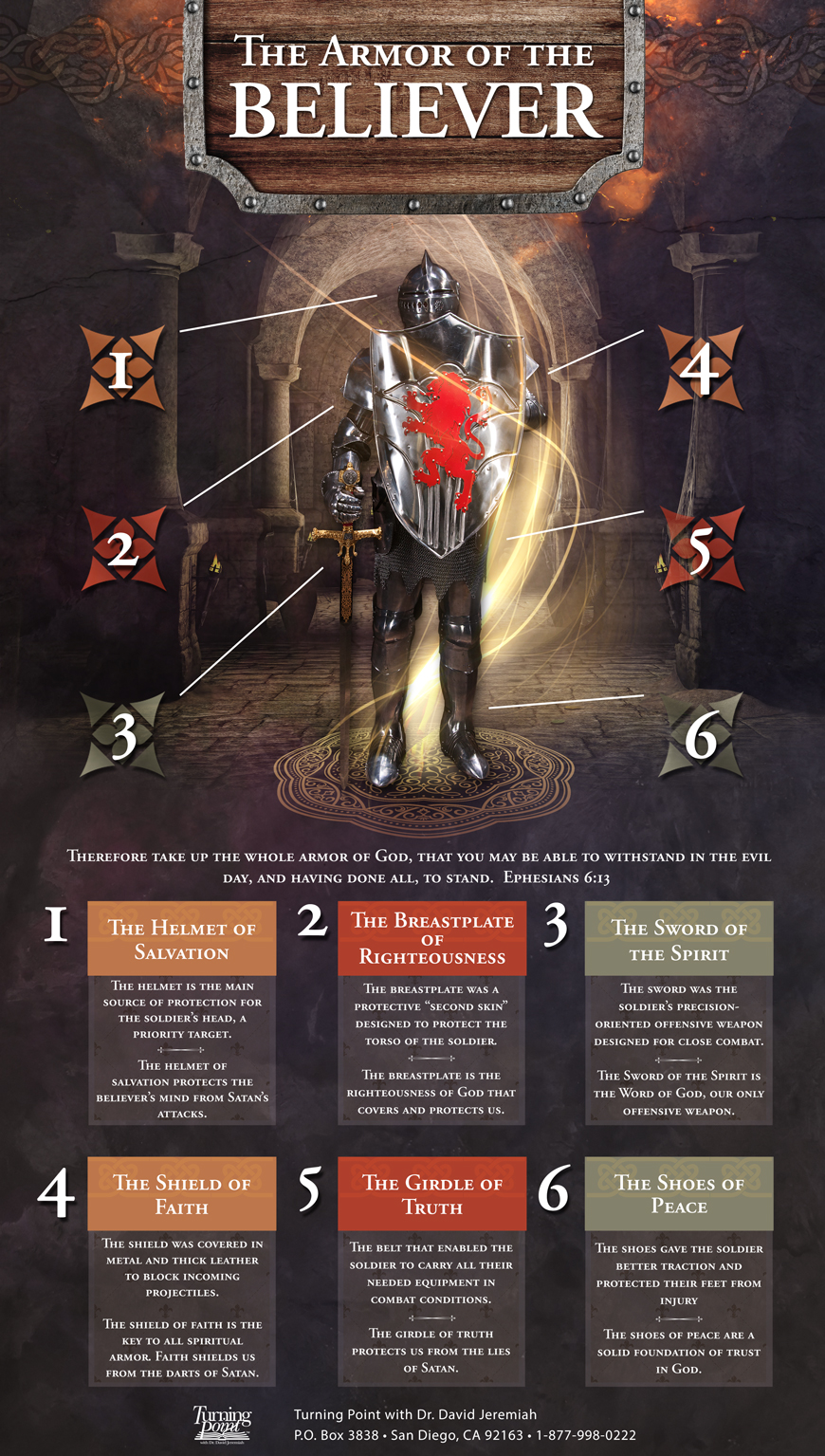 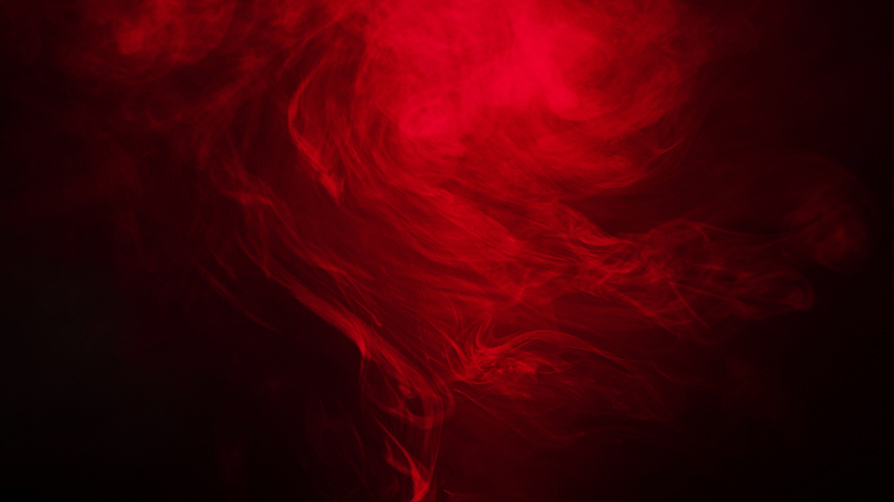 How to Defeat Satan

6 Strategies for Safeguarding our Mind

Since the seventies and eighties, video–game technology has evolved. Pong (1971) was a black–and–white game of v–e–r–y slow ping–pong. Space Invaders (1978) was a shooting game—destroying never–ending waves of digital invaders. Frogger (1981) had a hapless frog trying to cross a ten–lane freeway. But Pac–Man (1980) was a step up: Pac–Man chomped his way through a maze, eating pac–dots while avoiding four enemies. Completing the maze opened a new level with appearing–and–disappearing game aids. Finally, Mario Brothers (1983) ushered in an era of video games that demand greater mental engagement. Mario Brothers included a variety of hidden features that engaged the player's mind as much as his hands and eyes.

Now, compare the simplicity of those early games with the unbelievable complexity of a game called EVE Online (2003)—an international, multiplayer, role–playing, Star Wars–type game.

One session, the Battle of B–R5RB, lasted 22 hours and involved 7,548 people around the world, and cost $300,000 dollars in real money—money spent by players to purchase positions and armaments. There are 5,431 known galaxies, 2,498 uncharted wormhole systems, six major coalitions of players controlled by fleet commanders, the largest of which has 36,432 players scattered across the globe. Warships take weeks or months to build.1

Even though video games do not represent reality, they serve as an apt metaphor: The mind is critical. There is much to learn and remember! That is why games like EVE Online have no win–lose feature; they continue indefinitely, requiring constant mental attention and progress.

In the same way, the mind is the most critical part of spiritual warfare. Without actively engaging the mind—learning, thinking, discerning, understanding, deciding, committing—we are doomed to spiritual defeat by Satan. That is why the Bible speaks of the mind and thinking nearly 150 times.

Struggling for the Mind

As the great teacher and writer Oswald Chambers wrote, "Your mind is the greatest gift God has given you and it ought to be devoted entirely to Him. You should seek to be 'bringing every thought into captivity to the obedience of Christ…' (2 Corinthians 10:5). This will be one of the greatest assets of your faith when a time of trial comes, because then your faith and the Spirit of God will work together."2

Whether the mind is the greatest gift of God or one of God's greatest gifts doesn't matter—Chambers' point is well made: Whatever is greatly valued by God is going to be greatly contested by Satan. We can go so far as to say that the human mind is the ultimate battlefield for spiritual warfare.

Satan is more concerned about what we think and believe than anything else.

Jesus called Satan "the father of lies" (John 8:44, NIV). Why? Because his chief strategy is to deny, confuse, misrepresent, and counterfeit whatever God has said. God's native language is truth (John 17:17), but Satan's native language is deceit (John 8:44). Our mind is the domain in which we decide what is true and what is false. As Oswald Chambers pointed out, Paul told the Corinthians they needed to "[bring] every thought into captivity to the obedience of Christ" (2 Corinthians 10:5).

When it comes to the struggle over our minds, it is imperative that we remember the truth of 1 John 5:19, "The whole world lies under the sway of the wicked one." Satan doesn't own this world, but he has access to it. His influence is found everywhere—in government, education, entertainment, business, the family, ecclesiastical realms . . . everywhere! The unguarded mind will receive what the world dispenses and believe there is nothing more.

That is why the apostle Paul told the Roman believers, "And do not be conformed to this world, but be transformed by the renewing of your mind, that you may prove what is that good and acceptable and perfect will of God" (Romans 12:2). It is also why Jesus said we must love God with all our heart, all our soul, and all our mind (Matthew 22:37).

Just as going deeper into new levels of a video game requires dedicating our mind to learning new information and strategies, so going deeper into the knowledge of God means loving Him with all our mind. God is infinite, and the human mind is made in the image of His. It is estimated that a mouse brain contains 70 million neurons while a human brain contains one–thousand times that many neurons (70 billion). So far, neuroscientists who are creating 3–D images of mouse brains have recreated a segment about the size of a grain of salt. The data contained in that tiny segment is about one–hundred terabytes—the equivalent of 25,000 high–definition movies.3 Imagine the amount of data held in the entire mouse's brain—and in the human brain!

Such mind–boggling capacity has many implications. First, we have more than a lifetime's worth of renewing to do. Second, there is a lot of mental capacity for us to safeguard against the lies of Satan.

We must process and evaluate everything we encounter through a biblical grid. Nothing should find a permanent place in our mind that does not square with God's Word in terms of purity, importance, truth, and edification.

Even if we are not consumers of video games, there are lessons we can learn from them. They are mind games for entertainment, but Satan plays mind games with us that battle for our soul. These six strategies help us safeguard our mind as we dedicate our thoughts to God's glory. 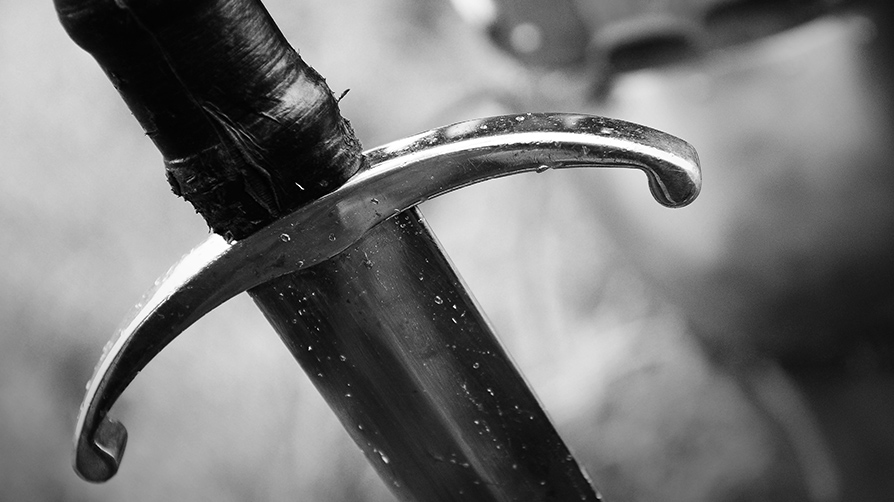 Are We Really in a War?

Be assured, spiritual warfare is a reality in the life of every believer. When you open the pages of the New Testament, there is no shortage of passages that characterize the Christian as a warrior and the Christian life as a battle. We are called to a grim struggle with unseen forces, and the fight is real.

This charge I commit to you, son Timothy, according to the prophecies previously made concerning you, that by them you may wage the good warfare (1 Timothy 1:18).

I have fought the good fight, I have finished the race, I have kept the faith (2 Timothy 4:7).

You therefore must endure hardship as a good soldier of Jesus Christ (2 Timothy 2:3).

No one engaged in warfare entangles himself with the affairs of this life, that he may please him who enlisted him as a soldier (2 Timothy 2:4).

Commenting on these passages, J.C. Ryle writes, "Words such as these appear to me clear, plain, and unmistakable. They all teach one and the same great lesson, if we are willing to receive it. That lesson is, that true Christianity is a struggle, a fight, and a warfare."1

Know it or not, like it or not, you and I are in a war! And we need to begin living as if we were in a battle for our lives. Because, in fact, we are.2 —Stu Weber

This article is an excerpt from David Jeremiah’s book Answers to Questions About Spiritual Warfare. 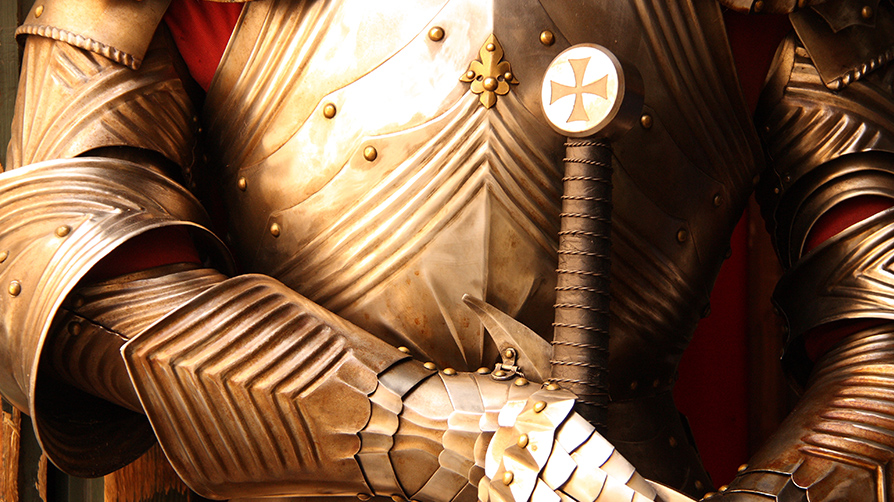 Praying on the Armor of God

God's Battle Plans for Your Life

The Armor of God