Mark of the Beast

3 Plagues of the End Times—Their Power and Purpose

As we study miracles, it is important to distinguish them from providence. Providence uses nature to accomplish its end. Examples of providence include a gust of wind that blows a wayward ship back on course or the mist that concealed General George Washington as he crossed the Delaware. Miracles are different from providence because they defy nature—a shepherd's staff that becomes a snake or fire that falls from heaven rather than rising from the ground. Biblical miracles are obvious and spectacular whereas an act of providence is often subtle.

Miracles are events of supernatural power with a supernatural source. They involve power over demons, power over nature, power over matter, and power over death. Their purpose is to validate the one who performs the miracle as a messenger from God. Ultimately, they validate God Himself. As the Creator of nature, God exists outside of natural laws and boundaries. By revealing God's transcendence, miracles call mankind to repentance and worship.

When the two witnesses of Revelation 11 appear during the Tribulation, their miracles will recall earlier miracles and share the same purpose: they will warn a fallen world of God's wrath and coming judgment.

Most people who have even a casual knowledge of the Bible associate plagues with Moses and Egypt. The Tribulation witnesses will inflict the world with similar, but even more far–reaching, plagues. They will be empowered "to strike the earth with all plagues, as often as they desire" (Revelation 11:6, emphasis added). In ancient Egypt, God relented each time the pharaoh pled with Him. During the Tribulation, Scripture indicates the witnesses will wield complete control over the plagues, which will take on three forms:

The witnesses will be the only earthly obstacle to the Antichrist's regime, and they will have many enemies. As opposition intensifies, attempts will be made on their lives. But the same plague that will bring death to their adversaries will guard the lives of the two witnesses. Their ministry is so vital in the Tribulation period, God will make them immortal until their work is done. No one will be able to harm them before their testimony is complete.

When I was a young pastor, a mentor shared this with me, "God's man, in the center of God's will, is immortal until God is done with him." That is true for all of us, but many of us don't realize it. If the Church today really believed that, we would transform the world. God's Tribulation witnesses will have that kind of confidence because His protection over them will be unmistakable.

At the midpoint of the Tribulation period, when the two witnesses have completed God's mission, He will finally allow the Antichrist to destroy them. "When they finish their testimony, the beast that ascends out of the bottomless pit will make war against them, overcome them, and kill them" (Revelation 11:7). Their murder will greatly expand the Antichrist's power and popularity. People will be so glad to be free of the witnesses' plagues and preaching that they will rejoice over their deaths and give each other gifts (Revelation 11:10), exposing the extreme wickedness of their hearts.

The witnesses' bodies will be displayed and defiled in the streets of Jerusalem for three–and–a–half days. Then two miraculous events will cut the Antichrist's festivities short. Here is what Scripture says:

Now after the three–and–a–half days the breath of life from God entered [the witnesses], and they stood on their feet, and great fear fell on those who saw them. And they heard a loud voice from heaven saying to them, "Come up here." And they ascended to heaven in a cloud, and their enemies saw them. (Revelation 11:11–12)

Once more, the witnesses will work to jar their enemies out of unbelief and into repentance by displaying God's power. With the technology available today, it will be possible for these miracles to be viewed by a worldwide audience.

We must remember that these two witnesses will not perform their miracles out of spite or unkindness. Their purpose will be to awaken the people to their sinfulness and move them to repentance and belief. All the discomfort and displeasure these men bring to the world through their preaching and their plagues will be minor compared to the suffering of those who ignore their message. The end of their ministry will mark the beginning of the end for all God's enemies.

Who Are the Two Witnesses?

Will Elijah Return During the Tribulation?

It has been said that imitation is the highest form of flattery, but it is also a form of deception. Satan's fall from heaven was fueled by his desire to be like God (Isaiah 14:13–14). Since then he has counterfeited God's power in order to deceive mankind. As the Battle of Armageddon draws near, Satan's trickery will include imitation of God's signs and prophecies. The Old Testament prophet Elijah will return, but there will also be an impostor.

We need to understand some details of Elijah's past ministry and future return to distinguish the end–times impostor from the authentic prophet of God.

After ancient Israel split into two kingdoms, the northern kingdom quickly slid into immorality and practiced idolatry. Scripture tells us this moral decline was led by the nation's kings. The seventh king of the north, Ahab, violated every principle God had ever given him—he institutionalized pagan worship and allowed his pagan wife to slaughter God's prophets. During Ahab's reign, God called Elijah out of obscurity to lead the nation out of depravity. Elijah performed miracles, proclaimed God's truth, prompted repentance, and is even prophesied to return.

Elijah used fire from heaven to rekindle Israel's faith by praying in front of all the people and asking God to send fire. When the fire of the Lord fell from heaven, the Israelites fell on their faces and worshiped God. During the Tribulation, Satan will emulate Elijah's miracle of fire and anticipated return to trick people into worshiping the Antichrist.

Elijah the prophet came near and said, "Lord God of Abraham, Isaac, and Israel, let it be known this day that You are God in Israel and I am Your servant, and that I have done all these things at Your word. Hear me, O Lord, hear me, that this people may know that You are the Lord God, and that You have turned their hearts back to You again."

Then the fire of the Lord fell and consumed the burnt sacrifice, and the wood and the stones and the dust, and it licked up the water that was in the trench.

The False Prophet described in Revelation 13:11–18 will deceive people into believing he is Elijah by counterfeiting Elijah's miracle. Verse 13 says, "[The False Prophet] performs great signs, so that he even makes fire come down from heaven on the earth in the sight of men." Anyone familiar with Malachi's prophecy, particularly Jews, will immediately draw a connection to Elijah when they see the False Prophet's supernatural fire. However, he will receive his power from Satan rather than God.

This points to an important truth: Miraculous signs are not necessarily from God. That is why 1 John 4:1 tells us, "Beloved, do not believe every spirit, but test the spirits, whether they are of God; because many false prophets have gone out into the world."

Elijah's miracle caused people to worship Almighty God, but the False Prophet's signs will cause people to worship the Antichrist. In Matthew 7:16–20, Jesus instructs us to evaluate the fruit of a prophet's ministry—to consider the results. James describes desirable, godly fruit this way: "The wisdom that is from above is first pure, then peaceable, gentle, willing to yield, full of mercy and good fruits, without partiality and without hypocrisy. Now the fruit of righteousness is sown in peace by those who make peace" (James 3:17–18). The Antichrist will be none of these. After promising peace, he will make war with the saints and blaspheme God (Revelation 13:5–7). Elijah led Israel out of idolatry; the False Prophet will lead people into it.

The False Prophet will not be Elijah reincarnated, but Elijah will return according to Malachi's prophecy. Revelation 11 describes two witnesses who will preach to the world after the Rapture. After the Church is taken away, God will raise up 144,000 new believers and appoint the two witnesses to preach the Gospel and God's judgment to everyone who is left to hear it. Through these witnesses, God will continue to provide opportunities for people to place their faith in Him right up until the end of the world.

Most scholars believe one of the two witnesses will be Elijah. Consider these similarities:

These two witnesses are symbolized as olive trees and lampstands (Revelation 11:4), which mirrors a description found in the book of Zechariah:

There is a lampstand of solid gold with a bowl on top of it, and on the stand seven lamps with seven pipes to the seven lamps. Two olive trees are by it, one at the right of the bowl and the other at its left (4:2–3).

The lampstand symbolizes the seven–branched lampstand that stood in the tabernacle (Exodus 25:31–40). Its bowl held enough oil to keep the seven lamps burning. The nearby olive trees continuously dripped olive oil into the bowl to keep the lamps lit. Olive oil represents the Holy Spirit, who has always been the power behind God's ministry to mankind. In the dark days of the Tribulation, the two witnesses will shine the light of their testimony through the power of the Holy Spirit.

From beginning to end, the Bible tells the story of God's love for humanity. It weaves threads throughout the annals of history that testify to His unchanging nature, His unfailing love, His unfathomable grace, and His unescapable judgment. Elijah's ministry is one of these threads. The same God who rained down fire on Mount Carmel will ignite the ministry of His two end–times witnesses as they offer a final olive branch to the world before its King returns in judgment. 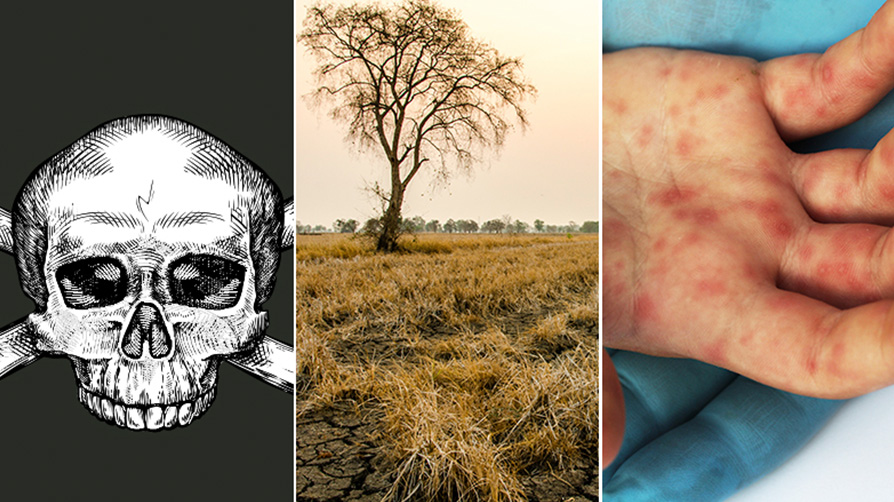 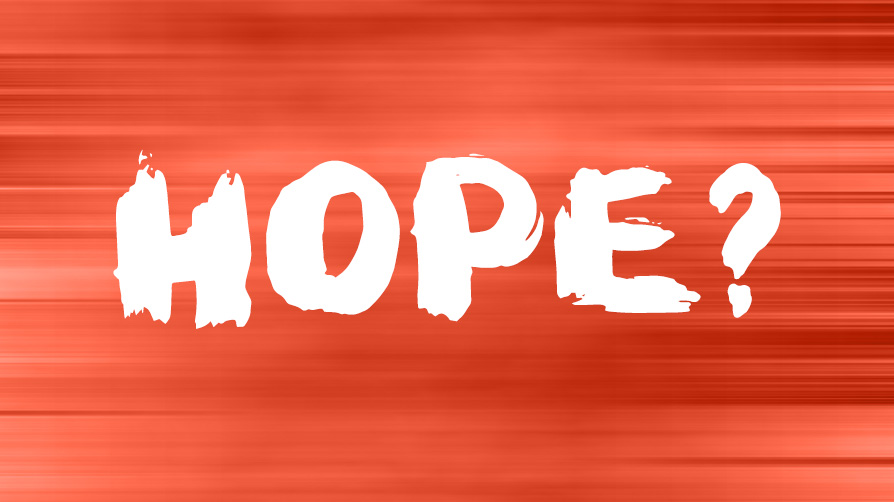 Is There Hope for Unbelievers in the Last Days?