Support this Outreach
Home > Will People Be Saved During the Tribulation? 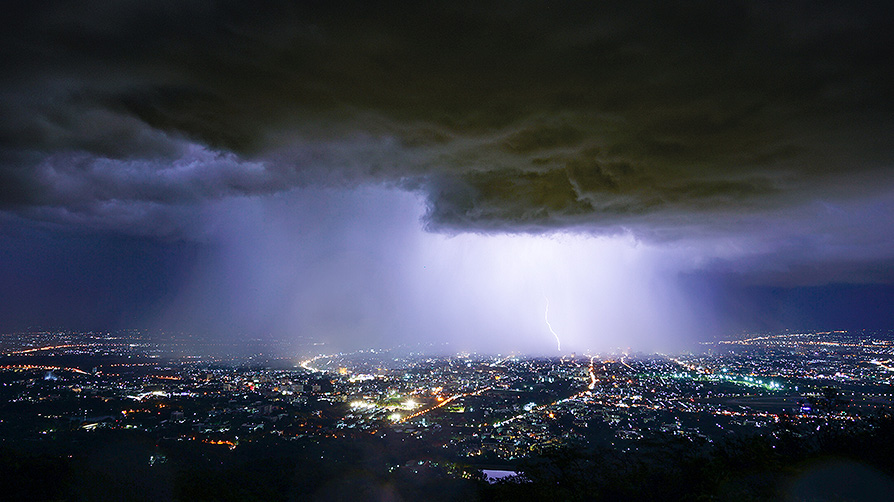 Will People Be Saved During the Tribulation?

Mystery surrounds the 144,000 people described in Revelation 7 and 14. Who are they? What will be their objective? How will they impact the lost people of the last days? Let's examine what the Bible says about the 144,000. If twelve disciples transformed the world in the first century, imagine the revival that will take place during the Tribulation!

What Happens Before the Lord Returns? 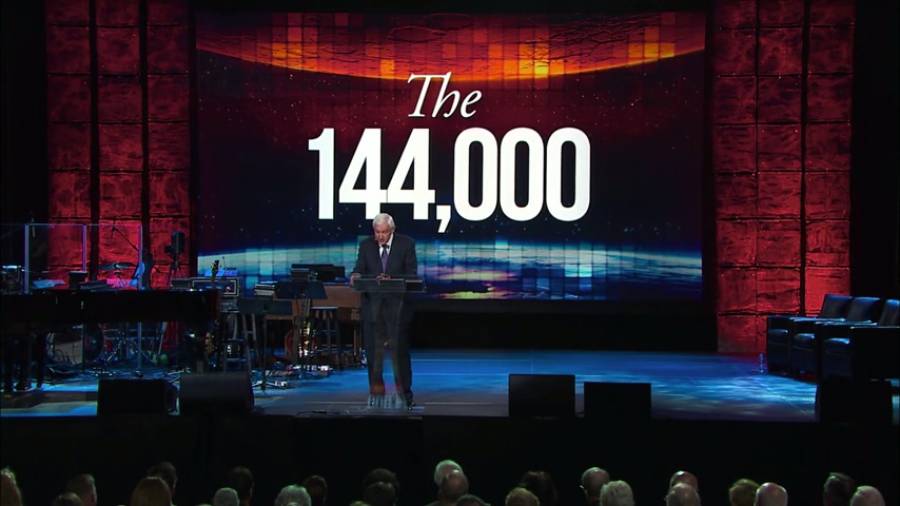 Perhaps, if you go to an evangelical church you may have heard your pastor, or some visiting teacher, say that before Jesus Christ comes back to this earth there is going to be a great revival and people are going to come back to the Lord. Now all of us would like to see that happen, and perhaps it will in a small way. But there is no indication in the Scripture that we should expect such an event.

The Separated Servants of God 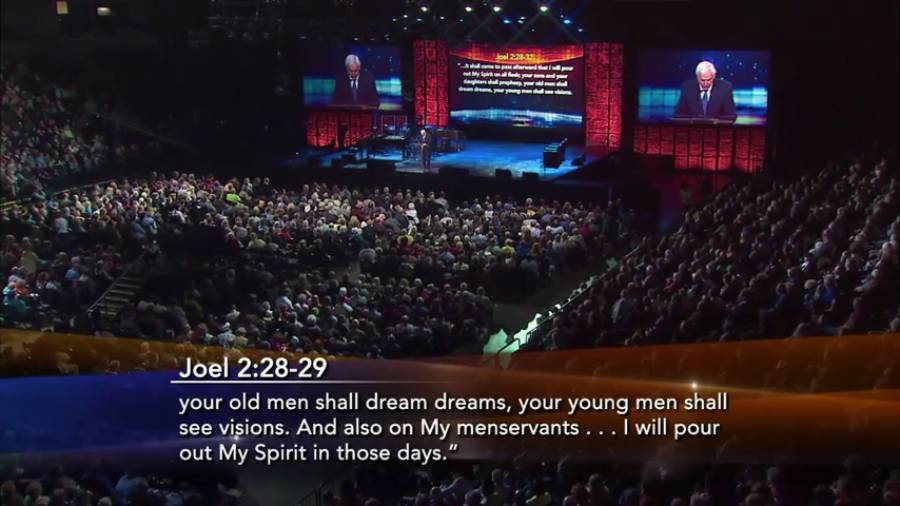 "…they are also separated to God—that means they have a special calling from the Lord."

These 144,000 witnesses are selected from the twelve tribes of Israel—they are Jews. They are marked with seals on their foreheads that identify them as servants of the living God. The Bible says they are also separated to God—that means they have a special calling from the Lord. Revelation 14:4 says, "these are the ones who were not defiled with women, for they are virgins."

Now a lot of people have tried to spiritualize that and talk about the fact that they had not committed spiritual adultery, but that's reading too much into the text. I believe these men will be celibates who devote themselves to preaching the Gospel. And frankly, when you read about what goes on in the Tribulation, there won't be any time for these men to have families. They'll be on a journey and on a mission, and it will be a full–time task. When we understand the pressures of the Tribulation period, it's easy to comprehend why these preachers would have a difficult married life. 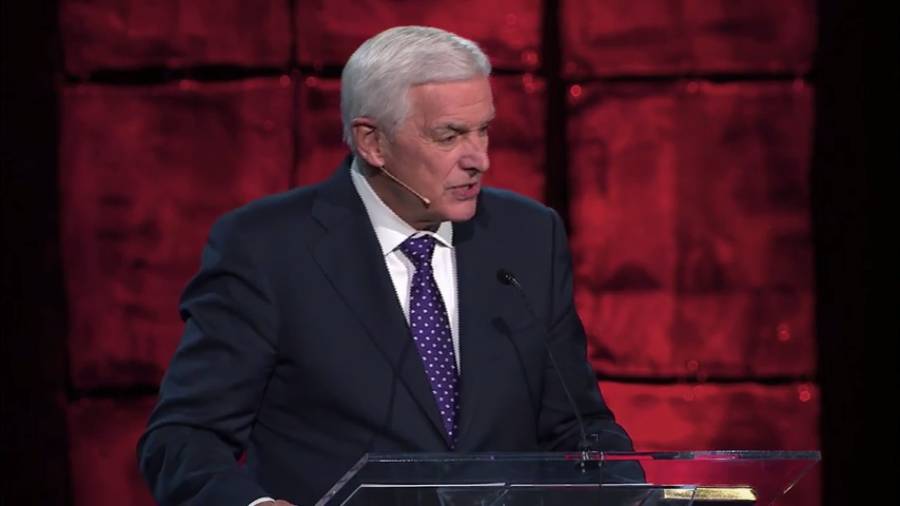 "…the Bible says no one is going to be able to touch them because Almighty God is going to have His arms wrapped around them."

They are also spared from the coming judgment. Notice it says, "do not harm the earth, the sea, or the trees till we have sealed the servants of our God on their foreheads" (Revelation 7:3). In other words, these men will not be able to be taken out. People will be angry with them because of their preaching, but the Bible says no one is going to be able to touch them because Almighty God is going to have His arms wrapped around them.

You know it's an interesting thing that even today we can practice that kind of boldness. I'm going to tell you a little secret. When I first started to travel as a young pastor, my kids were young. Each time I boarded an airplane flying out of Fort Wayne, Indiana, I'd have a little pang of fear that would come into my heart. Now I wasn't afraid to die—I wasn't anxious to die, but I wasn't afraid to. But I had a great fear for my wife and my little children. One day an older pastor came to me and gave me this little saying, and I wrote it in my Bible. Here's what it says, "God's man, in the center of God's will, is immortal until God is done with Him."

Hope for Our Nation 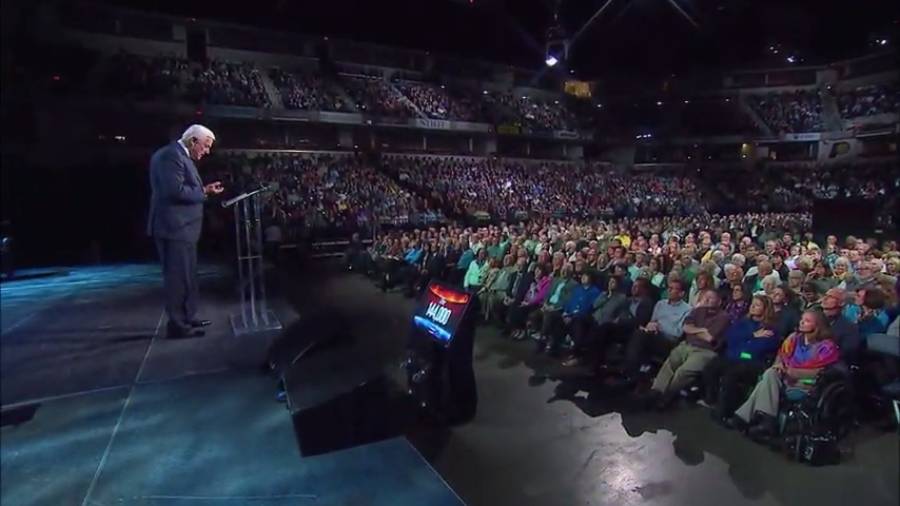 "I hear people say, 'Do you think God has given up on America?' I don't think that's the right question. I think the question is, 'Has America given up on God?'"

As devastating as the Tribulation will be, we can find comfort in knowing that God never removes His hand from this earth. People ask, "Do you think God has given up on America?" That's not the right question. The question is, "Has America given up on God?" The first question can be answered with assurance. Almighty God has not given up on our nation. It is very possible that before the Lord returns to take those who have put their trust in Him to heaven, He will pour out His spirit once again on this nation.

Maybe we will have a fourth great awakening in America. God could do that—it could happen. But one of these days, the world as we know it is going to come to an end. The Tribulation will begin. And during that Tribulation, when there is so much evil, God will still be reaching and begging people to come to Him and receive His grace.

The Spiritual Revival During the Darkest Time 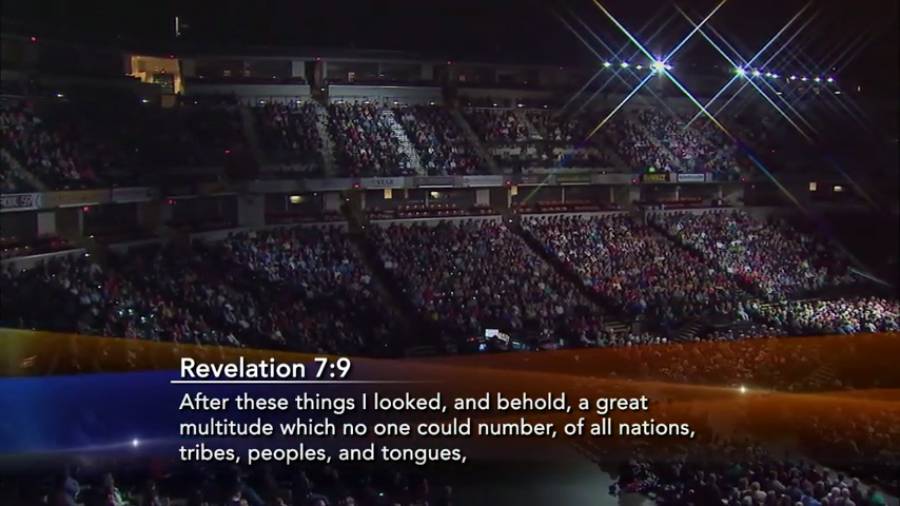 "The Bible says so many people are going to come to Christ during that time that you don't even have any way to number them."

Here are John's words in the seventh chapter of Revelation: "After these things I looked, and behold, a great multitude which no one could number, of all nations, tribes, peoples, and tongues, standing before the throne and before the Lamb, clothed with white robes, with palm branches in their hands" (Revelation 7:9). What a wonderful picture that is!

So many people are going to come to Christ during that time, there won't be any way to number them: "A great multitude which no one could number." They represent all the nations and tribes and the peoples and the tongues from all over the earth. They will be the harvest from the great revival of the 144,000 witnesses. And we will be able to observe everything from heaven. This is, I believe, the fulfillment of this promise of Jesus given in His Olivet Discourse. Jesus said the Gospel of the kingdom will be preached in all the world as a witness to all the nations, and then the end will come.

One of these days, there is going to be this massive spiritual return to God during one of the darkest times on planet earth.