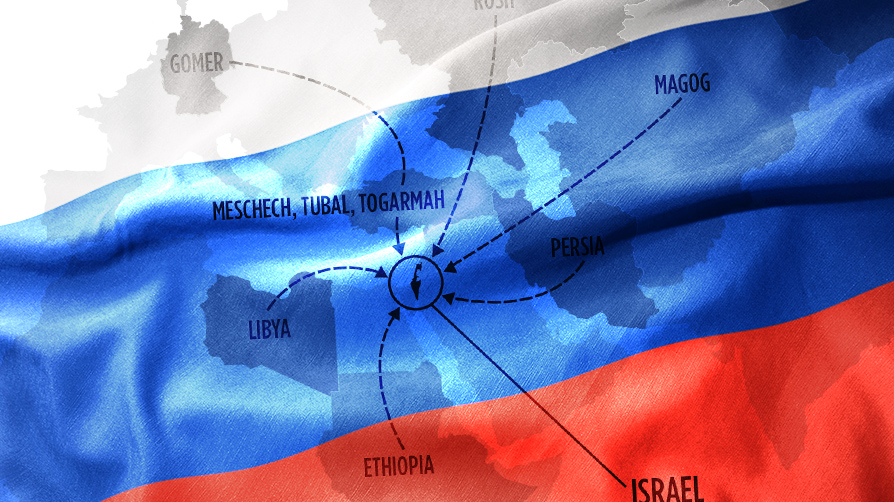 In Ezekiel 38, the Lord revealed a ten–nation coalition that will assemble in the Last Days. The names and places that Ezekiel describes are foreign to us today, but a closer look at Scripture and history will help us translate these into modern times.

You will not find the name Russia anywhere in the Bible. But the nation we know as Russia figures prominently in prophecy. In Ezekiel’s list of ten names, the third name, Rosh, is most likely the territory we know as Russia. Not only do the two names bear phonetic similarity, but Ezekiel’s description of the location also points to Russia.

Biblical prophets assumed Israel to be the center of the world. Whenever we find compass points or geographical directions in prophecy, they are given in relation to the position of Israel.

Ezekiel and Daniel both describe Israel’s End Times aggressor as descending from the north. Daniel used the phrase “king of the North” to describe the commander of the alliance (Daniel 11:5-35). Ezekiel’s prophecy lends support to Daniel’s, indicating the invading armies will arrive in Israel “from the far north” (Ezekiel 38:6, 15). Russia is the only modern nation to match this description.

Here is a glimpse of what the future Russian alliance will look like: 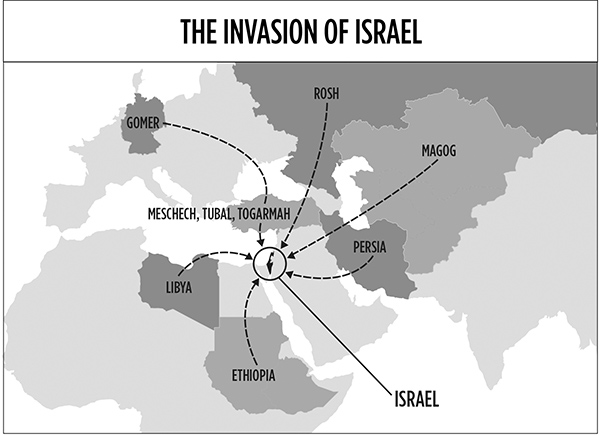 The Commander of the Alliance:

Nations in the Alliance:

These are the nations that will form a coalition and march against Israel, setting the stage for this gigantic world war focused on the Holy Land. Though the northern armies of Russia and Turkey will lead the coalition, they will be joined by Iran from the east, Sudan and Libya from the south, and (possibly) Germany from the west in the form of a revived European coalition of nations.

To darken the picture for Israel, these likely represent the chief allies in the invasion. In Ezekiel 38:9, the prophet added that the nation will have “many peoples” on its side.

When Russia is ready to move against Israel, its allies will include the Arab states of the Near East and likely the nations in the former Soviet Bloc.