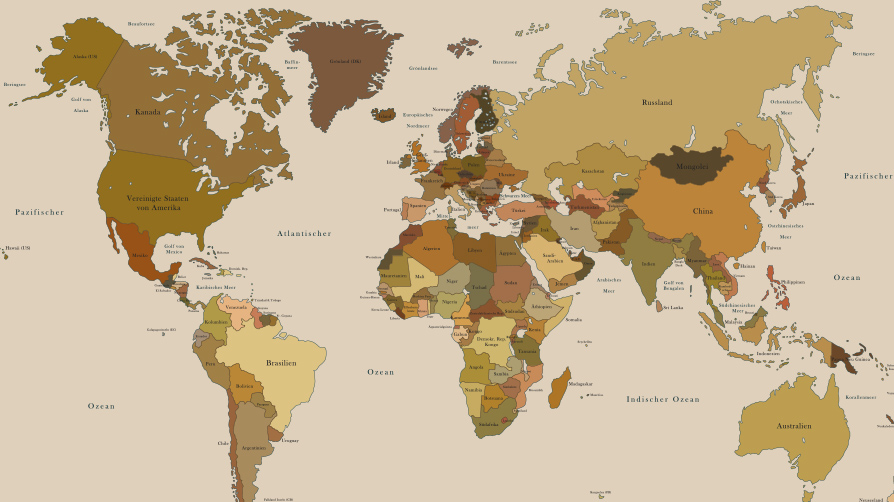 The city of Babylon is currently in ruins. Yet we know it will rise to power again because of biblical prophecy. The eighteenth chapter of Revelation says Babylon will once again rule the economic world, this time as a hub for the Antichrist's one–world economy. In the End Times, it will rise—and fall—again.

How will this transformation occur? In the world today, there are already indications emerging of things to come.

The rebuilding of Babylon is not just an idle topic of scholarly books. When Saddam Hussein rose to power in Iraq, he conceived a grandiose scheme for the rebuilding of that ancient city. He promised that Babylon's grand palaces and legendary Hanging Gardens (one of the Seven Wonders of the Ancient World) would rise from the dust. Believing himself to be the reincarnation of King Nebuchadnezzar II, who had conquered Jerusalem 2,500 years earlier, Hussein invested more than $500 million toward his goal of restoring Babylon's ancient city.

In 1987, while on a site visit to the ruins of Nebuchadnezzar's palace, Hussein asked how his guides were so certain of the date of its construction. The curator showed Hussein some of the original bricks, stamped with the name of Nebuchadnezzar II and the date that we now refer to as 605 B.C. Hussein, not to be outdone, had bricks laid in his palace wall that read: "In the reign of the victorious Saddam Hussein, the president of the Republic, . . . the guardian of the great Iraq and the renovator of its renaissance and the builder of its great civilization, the rebuilding of the great city of Babylon was done in 1987."1

To further cement the implication of a relationship between himself and Nebuchadnezzar, Hussein had a seal struck depicting parallel images of himself and the ancient ruler. The inscription was written in the wedge shapes of ancient cuneiform script as well as, strangely enough, in English.

Hussein was consumed with reviving the glory days of Babylon under Nebuchadnezzar. He made Babylon "the focal point of Iraqi nationalism," and on September 22, 1987, he inaugurated the musical event known as the Babylon Festival. Saddam seemed determined to echo Nebuchadnezzar's bold proclamation: "Is not this great Babylon, that I have built for a royal dwelling by my mighty power and for the honor of my majesty?" (Daniel 4:30).

Saddam's extravagant plans were interrupted by the U.S. invasion of Iraq in 2003. Despite his removal from power and subsequent execution, the work to rebuild Babylon continues.

How does a war–torn nation like Iraq come up with the funds to rebuild an ancient site? Obviously, some of the resources come from the exportation of oil. In early 2010, Iraqi oil exports were at the highest level in more than a decade. As the world's third largest exporter of crude oil, the Iraqi government has issued long–term contracts with foreign oil companies to manage ten of Iraq's major oil fields. Al–Maliki aims to make Iraq a "preeminent producer that will rival, if not eclipse, Saudi Arabia and Russia" as the predominant world oil producers.2

In 2009 the U.S. State Department issued a media note announcing a $700,000 pledge to The Future of Babylon Project, explaining that "Babylon stands out among Iraq's rich contributions to humanity." The note went on to say that this project "exemplifies the American people's commitment to the preservation of human heritage and their respect for the cultural heritage of Iraq."4

An article in the British newspaper The Independent was titled, "Iraq's New Venture: Holidays in the Garden of Eden," and subtitled, "Iraq is trying to lure visitors to the land of Babylon with the slogan 'tourism not terrorism.' " The article goes on to say, "The cradle of civilisation, the land of Babylon and the Garden of Eden, will become a paradise for foreign tourists."5

The United States government is taking seriously the rise of the city of Babylon and the central place of Iraq in the future of the world. On January 5, 2009, the largest and, at $474 million, the most expensive U.S. Embassy in the world opened in Baghdad, not far from Babylon. The 104–acre, twenty–seven–building complex is situated on the banks of the Tigris River.6 It includes 619 apartments for staff, restaurants, basketball and volleyball courts, and an indoor Olympic–sized swimming pool.7

This embassy, known as "Embassy Baghdad," is the largest of its kind in the world. It is the size of eighty football fields—as large as Vatican City—with a population of 5,500. It dwarfs U.S. embassies elsewhere that typically cover about ten acres. The Baghdad embassy has its own defense force and is designed to be entirely self–sufficient. We can see by these moves toward rebuilding Babylon that the city has a special interest in the eyes of the powers of the world. I believe these steps signal the beginning of the fulfillment of biblical prophecy. Henry Morris explains:

Never has a great world city had such a meteoric rise as New Babylon, and never will one experience such a cataclysmic and total fall. . . . Babylon on the Euphrates has lain dormant and foreboding for centuries. . . . But mighty Babylon is not really dead. . . . Suddenly it will rise once again. Under the impact of overwhelming geopolitical needs, it will be authorized and implemented by the unprecedented building program undertaken by the federal ten–kingdom empire of the West, then pushed to dynamic completion by the Beast. Finally it will be inaugurated as the great world capital of the Beast, who will have become king of all the kingdoms of the globe.8

This is an excerpt from David Jeremiah's book The Coming Economic Armageddon, published in 2010.*

*Since the rebuilding was last reported in Dr. Jeremiah's The Coming Economic Armageddon, the Future of Babylon Project has helped conserve and stabilize the Lion of Babylon and complete a Site Management Plan. This plan addresses site boundaries, future excavations, and effective viewing stations for future tourism. In 2017 they focused efforts on and around the Ishtar Gate, improving drainage and repointing the brick to protect against further water damage.