Support this Outreach
Home > A Prayer for Israel 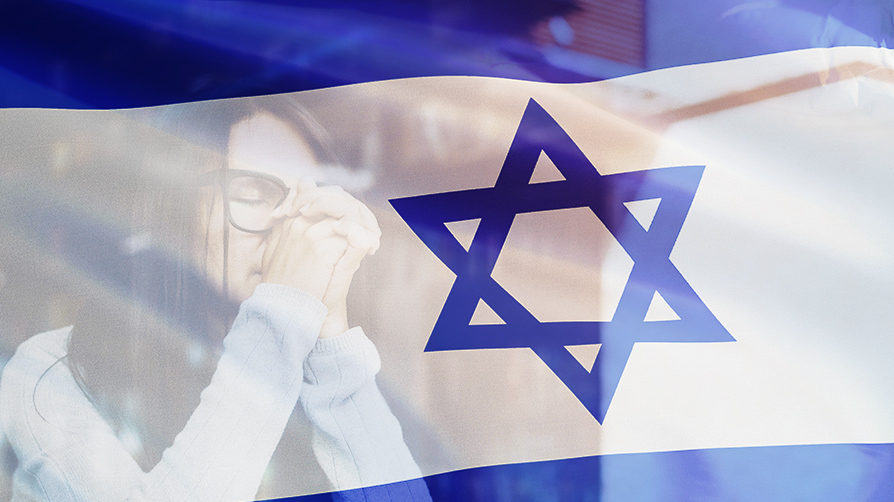 I believe America's future, in large part, depends on our relationship with the nation of Israel. And looking at political trends in recent years, I believe America is putting her future at risk. I never thought I'd see the day when we would abandon or diminish our support for Israel, but that day has come.

Israel is the key to America's survival.

While Israel is often called "God's chosen people," it is more accurate to speak of a "chosen person"—Abraham—from whose loins would come a people that would belong to God in a special way.

God chose Abraham to be the father of a great nation, Israel. We can read His promise to Abraham in Genesis 12:1-3:

The Lord had said to Abram:
"Get out of your country,
From your family
And from your father's house,
To a land that I will show you.
I will make you a great nation;
I will bless you
And make your name great;
And you shall be a blessing.
I will bless those who bless you,
And I will curse him who curses you;
And in you all the families of the earth shall be blessed."

Notice the words of warning I italicized.

The question arises, Why such a warning? What is so crucially important about Israel that God protects her by promising to bless her benefactors and curse her enemies? The answer is found in the words that bookend the warning: "And in you [Abraham and your descendants] all the families of the earth shall be blessed."

Those Who Bless Israel Will Be Blessed

There it is. Through His chosen people, God intended (and intends) to bless the rest of the human family. He chose a Mesopotamian man named Abram and promised that he and his descendants would be a channel of that blessing. The entire population of planet Earth—every man, woman, and child—was destined to be blessed through the nation of Israel.

Therefore, people who recognize God's purposes for Israel and do whatever they can to preserve, protect, and defend Israel will likewise be preserved, protected, and defended. God, to whom Israel belongs, will see to it.

Now, I do not believe that the promise of Genesis 12:3 is an isolated binary event. That is, I do not think God's blessing is the equivalent of an "on/off" switch in terms of America's treatment of Israel. It is not likely that if our relationship with Israel is on, He blesses us regardless of how depraved and ungodly our lives may be. Nor is it likely that if the Israel switch is off, our doom is sealed even if we are otherwise the most moral and upright people on the planet. There are obviously other areas of life that factor into our being blessed or not: America's morality, stewardship of finances, and spiritual priorities, for example. It is impossible to isolate any one factor in our national life and assign it to a given state of favor or disfavor in God's sight at any moment in time.

Yet Scripture makes it clear that to the degree America stands with, befriends, supports, and defends God's chosen people, to that degree America will enjoy the favor of God. If while supporting Israel we as a people descend into immorality and secularism, God may, in His love, chastise us and bring us to our knees in order that we may see our error and turn back to Him. Such chastisement and restoration would be a blessing much like that bestowed on Israel throughout her history. But if we make that descent into depravity and at the same time abandon Israel, we can expect to experience the same doom that has descended on Israel's enemies since the inception of that nation.

Be that as it may, this I know: Genesis 12:3 promises that God blesses those who bless Abraham's Jewish descendants. As a citizen of America, I want to enjoy the favor of God upon my nation. Were I a political leader of America, it would be incumbent on me to lead the nation in such a way as to invite His favor. So why would I knowingly diminish America's support of the one nation to which God ties His promise of blessing or cursing? The histories of nations that have abused the Jewish people provide more than enough examples of the inevitable doom brought down upon their own heads.

How Can We Bless Israel?

You and I can do two things to influence America's support of Israel: First, we can use whatever means are available to influence those who establish national policies in Washington. We can vote, write letters, or call our senators and representatives—in short, fulfill the dream of the founders who wanted our nation to be governed "by the consent of the governed." We are the governed who need to make our voices heard by saying, "The United States simply needs to recognize that Israeli lands belong to the Jewish people and that Jerusalem is, indeed, the capital of Israel—and has been ever since God declared it to be so."

Second, we can pray, both for our leaders (1 Timothy 2:1–4) and for "the peace of Jerusalem" (Psalm 122:6). As the spiritual children of Abraham, Christians everywhere can enter into the spirit of Psalm 122, which David wrote to express his heart for the city upon which God has chosen to place His name.

Heavenly Father,
The psalmist tells us to "pray for the peace of Jerusalem."
So I pray for peace for Your chosen people, Israel, and their beloved city today.
You have planned for Israel, provided for Israel, and protected Israel for thousands of years.
But as in days of old, there are those today who seek to harm, even destroy, Your people.
So I ask you to keep Israel in Your loving care. Put a spiritual hedge of protection around Your people and their land.
Watch over this nation as a Good Shepherd watches over His flock, and may Your chosen people find their ultimate safety and security in You.
While You watch over Your people, may Your Spirit awaken in them a hunger to embrace their Messiah—the One who died for them—until they see Him face to face.
We pray this in His name,
Amen.